Skip to navigation | Skip to main content | Skip to footer

The story of Jodrell Bank began in 1945 when Bernard Lovell came to The University of Manchester to observe cosmic rays.

A quiet observing site was required and the University's botanical station at a little known place called Jodrell Bank, 20 miles south of Manchester, was the ideal location. Today, Jodrell Bank is a leading radio astronomy facility.

Jodrell Bank is dominated by the 76-metre Lovell Telescope, conceived by Sir Bernard Lovell. He worked with engineer Sir Charles Husband to build the telescope which has become an icon of British science and engineering and a landmark in the Cheshire countryside

The telescope was by far the world's largest when it was completed in 1957 and within days tracked the rocket that carried Sputnik 1 into orbit, marking the dawn of the space age. It is still the third largest steerable telescope in the world.

Today the Lovell Telescope plays a key role in world-leading research on pulsars, testing our understanding of extreme physics including Einstein's General Theory of Relativity.

In 2011, Jodrell Bank Observatory was placed on the UK Government's shortlist for World Heritage Site status, recognising its unique role in the development of our understanding of the Universe.

The Observatory continues to play a major role in astronomical research. It is now home to the e-MERLIN array of seven radio telescopes spread across the UK. Based on the techniques of linking telescopes over long distances pioneered by the team which Sir Bernard assembled at Jodrell Bank, the network is now connected by a high-speed optical fibre network making it one of the most powerful telescope arrays in the world.

In 2012 the international headquarters of the SKA Organisation moved to Jodrell Bank. When completed, the Square Kilometre Array (SKA) will be the world's largest telescope. Combining thousands of dishes and other receivers spread across thousands of kilometres, the SKA itself will be sited in Africa and Australia.

Over the last seven decades, many hundreds of scientists and engineers have worked and trained at Jodrell Bank, often going on to work at other observatories across the world. Jodrell Bank has also inspired generations of schoolchildren who have visited the Observatory to pursue careers in science, engineering and medicine. 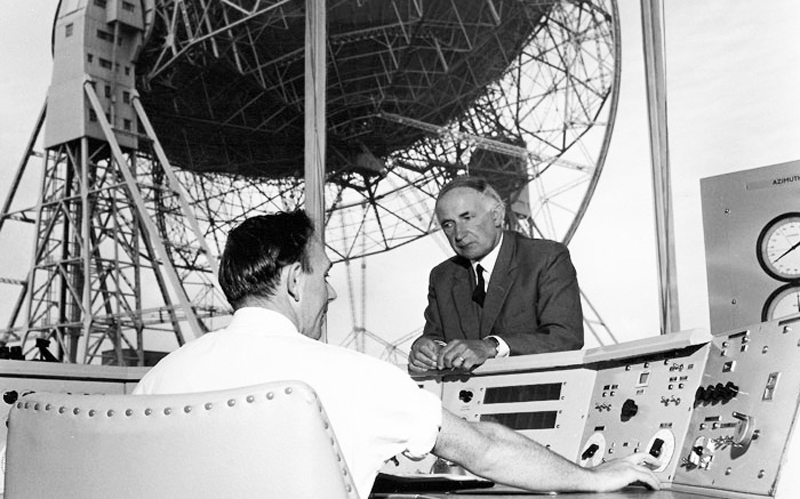 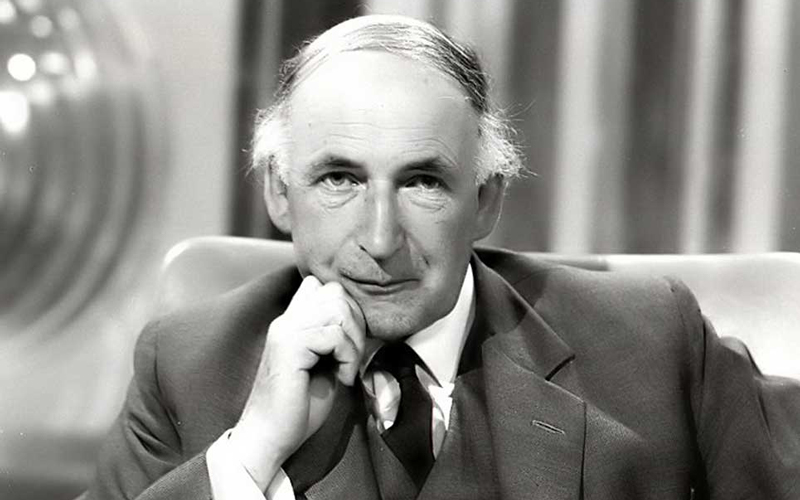 Sir Bernard Lovell, founder of Jodrell Bank Observatory, led the team that developed H2S radar during WWII and was knighted in 1961 for his pioneering work in radio astronomy at The University of Manchester. 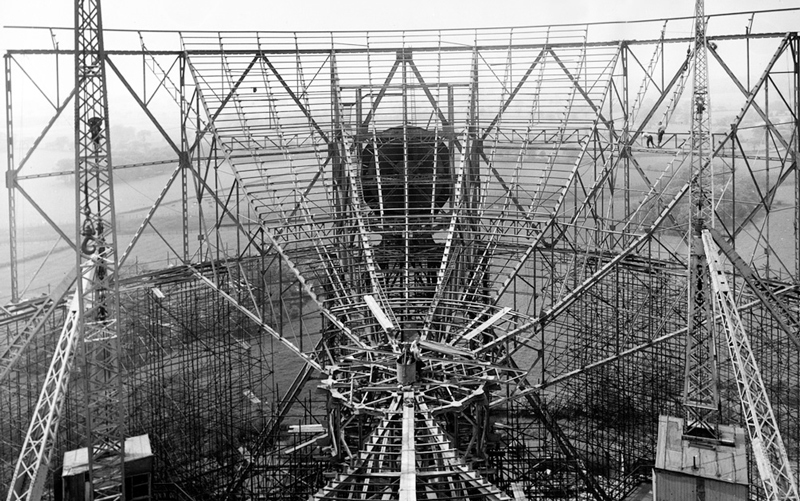 Construction of the steelwork underpinning the reflecting surface of the giant Mark I Telescope (renamed the Lovell Telescope on its 30th anniversary in 1987). 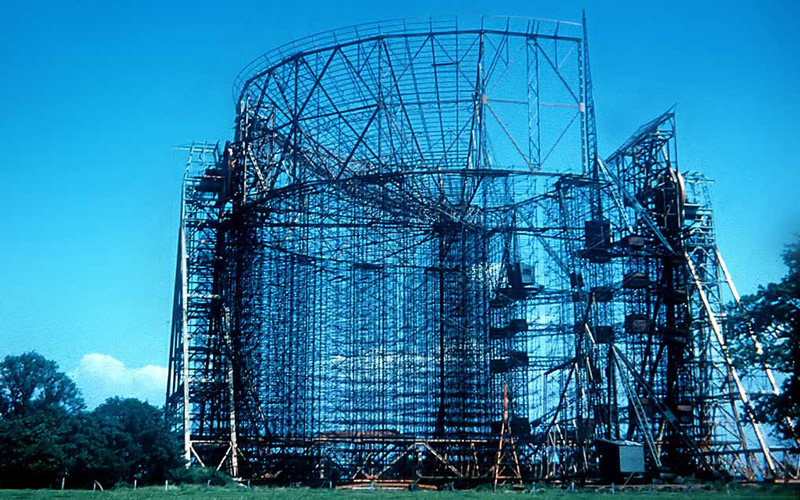 Scaffolding surrounds the familiar structure of the of the Mark I telescope as it rises above the Cheshire Plain. 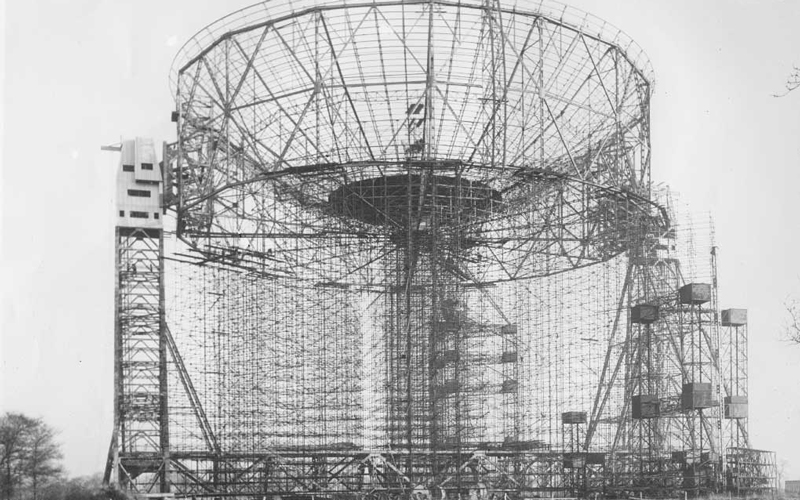 A view of the Mark I telescope during construction, with most of the major steelwork completed. Large amounts of scaffolding can still be seen under the bowl and a crane is behind the tower on the right of the image. At this point the fixing of the surface panels has begun, but still has a long way to go 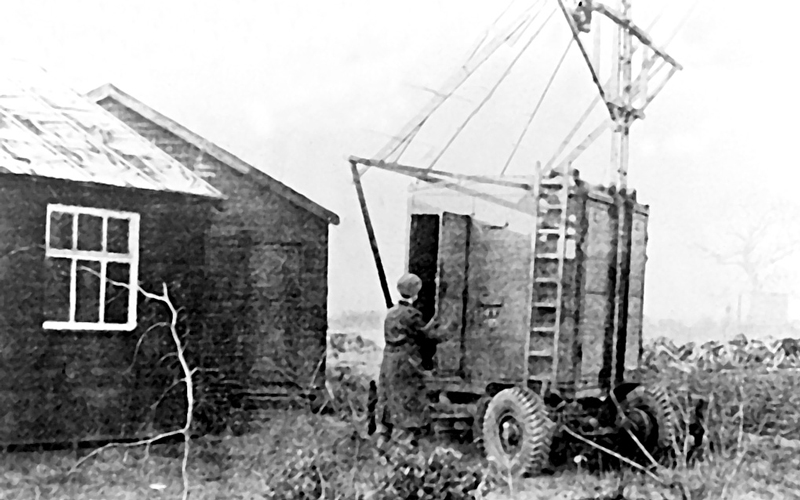 December 1945 in the Botanical Grounds - the first observations at Jodrell Bank.

First photograph taken from the surface of the Moon in February 1966 by the Soviet lander Luna 9 and received by the telescope at Jodrell Bank. 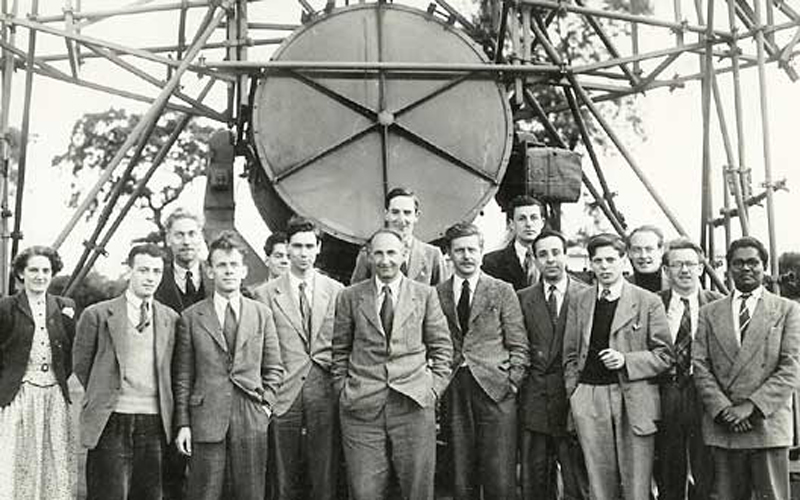 The Jodrell Bank staff in 1951 in front of the 4.2-metre searchlight aerial used in some meteor radar experiments. Sir Bernard Lovell is in the centre front. 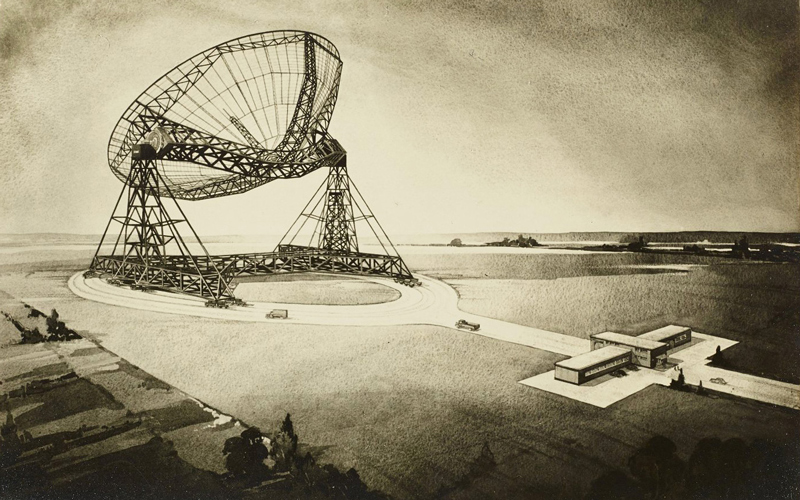 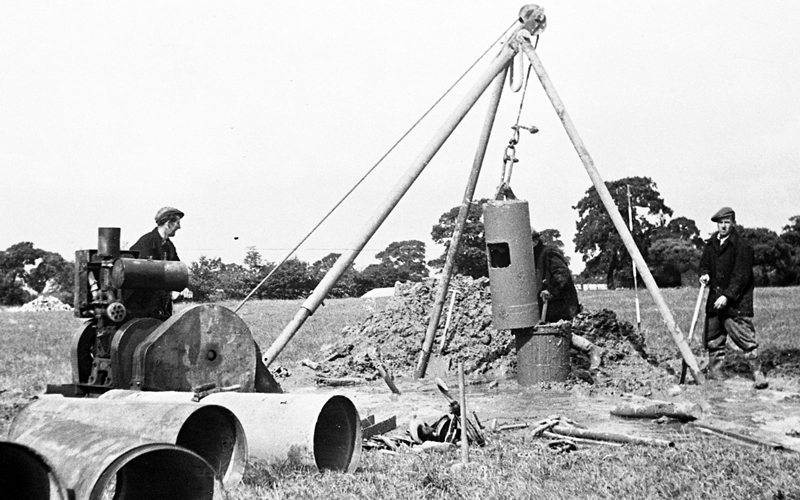 Piling the foundations of the Mark I during construction. 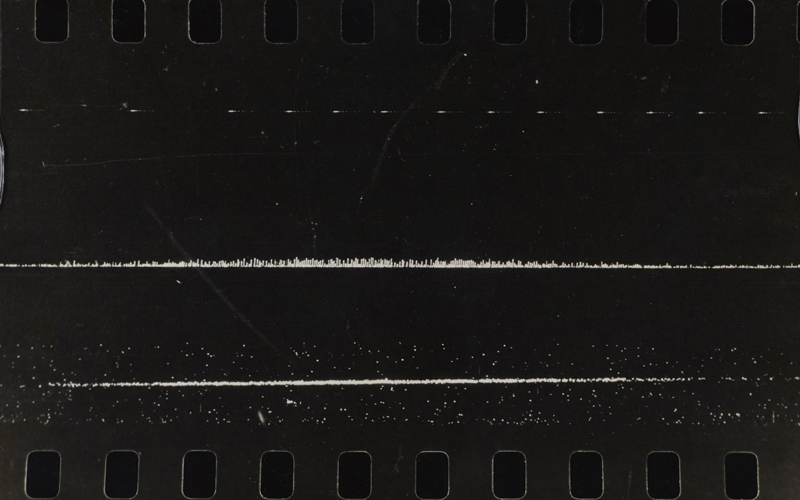 Image of the Sputnik trace.